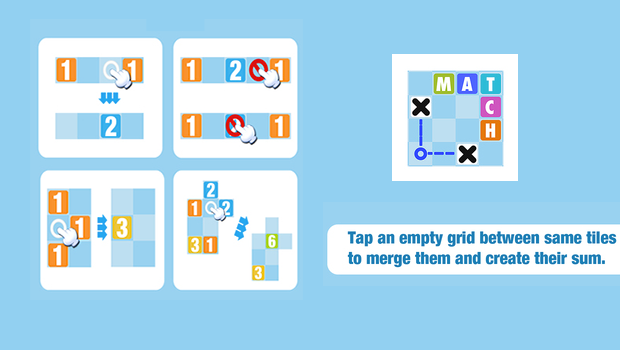 With the ever increasing craze for games among the youth and the entire population, the people have taken to certain games that look forward to testing the senses rather than just the mere visual capabilities. X Match is certainly one of those games games that is likely to keep you stuck to your iPhone screen for a really long time. Its addictive and pretty much at the same time interesting too, but yes it is only interesting so long you happen to be a puzzle game lover. Both the developer and the publisher of this game is Liqing Pan. They released this game for the Apple iPhone users and other products based on the IOS platform on the fifth of February, 2015.

Yes it is a very new game and has its essence set up to those typical puzzle solving games that need a lot of attention and a focus at the same time as well. Its that kind of game that needs one to possess some high level of technical skill and equal amounts of tactical knowledge as well. You may happen to find this game interesting if you have playing those games that need you to connect objects or match them in the most unconventional way one can imagine. For a new guy it would be however very difficult to even score as much as twenty to thirty points. For the game indeed has its own set of demands that one may seem to find offensive at some places. However if you are a real gamer and would like to really take up to any game out there, i would suggest you to go for it.

Trust me, it should not be any real headache if you have played minesweepers on your computer. Out of my personal experience I can tell you that i altogether did not find this game to be one of a kind, and it pretty much bored me to death on the initial level. Having said that, I should also tell you that my highest score in this game has been forty only. Perhaps one may easily say that my inability to score potential high scores could be a reason as to why i personally do not favor the game, but in reality i would say that there are far better games out there that one can try. Not to forget that this game happens to be on an incipient state and perhaps after a few months we could see this as a highly sought after game. But at this point, this game certainly needs a lot of bug fixes and research done on it before one can really get a hold of this game. Overall I would say that a puzzle solver or the people who play games of this genre would certainly love it, as it is the case for my brother since he calls it addictive and brilliant. But if you are like me, then you should perhaps forget about this game.