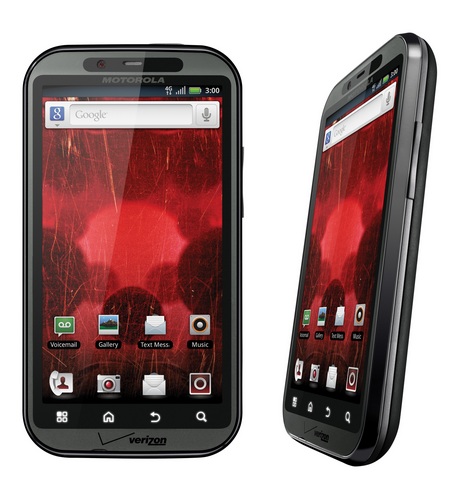 In a world where everything gets smaller and faster you have to be ready to keep up with change. That’s why we’re looking at four of the top dual core smartphones for your lightening quick browsing, multimedia and communicating pleasure.

The Atrix released by Motorola is possibly the fastest of the current devices. It’s a 1GHz Tegra 2 dual core phone with the same engine as is inside Motorola’s iPad 2 competing tablet. Its retina 540×960 4inch screen is excellent also, although its party trick is the fact it can be used as a netbook replacement via its LapDock accessory. It offers all you’d expect from the current crop as well as the ability to work on the move with a full sized keyboard and screen as well as the extra spy like addition of a finger print scanner to keep prying eyes away from your belongings.

The second generation Galaxy S is one of those super quick devices that isn’t even challenged by current software available as of yet. It’s speedy, sleek looking and super slim. The Galaxy S2 also has a huge 8mp camera, a 4.3in Super AMOLED Plus screen which offers unparalleled brightness and the latest version of Android. It’s a slick device to use and all this ensures its place as the top selling smartphone in the UK currently. For style functionality and a 1.2GHz dual core processor at your fingertips the Galaxy S2 is best.

Never one to be left behind the pack HTC’s Sensation is a formidable opponent to all the other dual core devices out there. Sporting a 1.2GHz dual core chip and a spectacularly sturdy uni-body chassis this is a fine phone. The Sensation comes with a 540×960 (qHD) 4.3in screen as well as 4G connectivity and Android 2.3 with the excellent HTC Sense 3.0. It also has an 8mp camera that is capable of recording at 1080p for your home viewing pleasure.

It was Korean electronics giant LG who kicked off the dual core game with the monolithic looking LG Optimus 2X. The phone which has a powerful dual core processor is most noted for its 4in IPS LCD display. This is the phone that took processing power to a new level and also comes with a wide range of connectivity features like DLNA and HDMI. The 2X is also a fast browser and includes all you’d expect from a phone in this range including an 8mp camera and the capability to record at 1080p.

These are the current super phones of the moment and they are not likely to be significantly surpassed in terms of performance until someone releases a quad-core phone. And that is not likely to happen for some time. You can find deals for these latest dual core smartphones at Best Mobile Contracts along with information about industry developments.