The Advantage of Apple iPad over Samsung Galaxy Tab 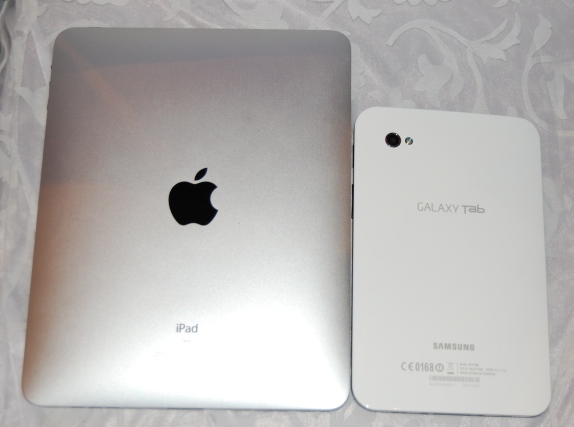 When Apple released iPad last spring 2010, the company dominated the world of technology and left another mark of digital innovation among the hearts of gadget enthusiasts all over the world.

However, in just a span of a year, rival companies managed to create and release their own versions of the iPad. Among the most notable competition of Apple’s promising tablet include, but are not limited to, BlackBerry PlayBook, Motorola Xoom and Samsung Galaxy Tab, with the third offering the most number of potentials that could compare with iPad.

Despite Samsung’s threat to Apple, there are numerous reasons on why one should choose iPad over the Android-based device.

When it comes to computing devices, one significant aspect that one should consider is the battery life. The Galaxy Tab can survive up to seven hours on a single charge, whereas iPad is capable of a ten-hour battery life. This evidently gives the Apple device a greater chance of lasting a whole day of use compared to Samsung’s Galaxy Tab.

One of the finest assets of Apple’s iPad is its iCulture, which continues to evolve even up to this day. This has greatly contributed to Apple’s success, considering that a large percentage of this generation is passionate about every product that the company has released.

As of June 2011, Apple’s App Store lists over 100,000 iPad applications, in addition to the 225, 000 iPhone apps that it can utilize. This gives Android’s device 70,000-smartphone apps a disadvantage compared to iPad’s overwhelming offering.

Lastly, one should consider the price of the two computing devices. At the course of a year, both tablets have lowered its price tags to a more economical price for its customers. Currently, Apple’s iPad and iPad2 costs $499.00 (16GB), while Samsung Galaxy Tab 10.1 (16GB) costs $529.00.