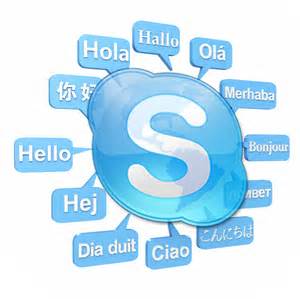 Skype has gone all sci-fi on its users: the free video communication app has unveiled an upgrade offering real-time translation for users. So pretty soon we will no longer have any geographic and linguistic barriers to hinder us communicate with people of diverse origin. Microsoft has indeed opened new doors regarding future of communication. In May this year Skype announced that it was working and building the real-time language translator and was putting in all the efforts it could. The present Skype Translator is indeed a result of true hard work that made this possible.

Skype already looked like a revolutionary idea to its infinite users – an app that permits free text/video communication across the world. And now Skype is going a step further, as Microsoft launched the Spanish pilot for its real-time translation feature, which is expected to be available in other languages pretty soon.

Gurdeep Pall, who works on the app, said in a statement that “We are excited to announce the first stage of the Skype Translator preview program and pretty soon more features will be integrated with it”.

Skype has open up endless possibilities for people across the globe to communicate, connect and collaborate without worrying about the geographic location and language. As seen in the launched video where one classroom of children speaking English and the other speaking Spanish, Skype Translator helped them to communicate and eliminated the language barrier. This real-time translation feature trial was a sheer success where school kids were blown away by being able to converse with each other swiftly.

The sign-up page to the free app provides you access to more than 40 instant-messaging languages if you are using Windows 8.1 on your computer or mobile. Skype Translator is based on machine learning, which states that the more the technology is utilized, the better it will get. Skype translator has been initiated with Spanish and English, and as more and more people use the Skype Translator preview with these languages, the quality will constantly improve.

The training data for machine translation and speech recognition comes from different sources like videos with captions, translated web pages in addition to earlier translated and transcribed one-on-one conversations. The basic working of Skype translator is that it records conversations in order to evaluate the scripts and prepare the system to better learn each language. Beside this numerous people have donated data from prior conversations, which is utilized to create training material for the statistical models that instruct the machine translation and speech recognition engines how to record the incoming audio stream to text and then the text to a different language.

All the Skype translator participants are clearly informed that their chat will be recorded and used to enhance the quality of Skype translation and voice recognition service. While the real-time translator launched too much excitement, there have been doubts that it will take too much time to produce the results it has been designed for. Nevertheless the recent release of Skype Translator has offered people to try the technology and admire the future of communication.