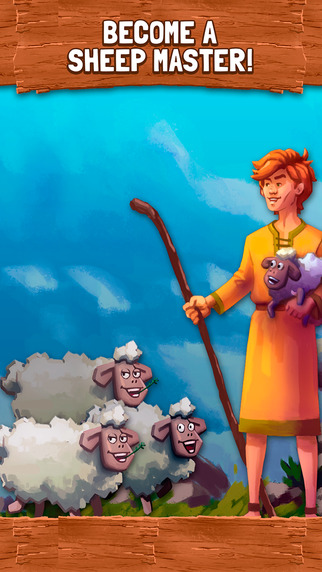 sheep, and you are tasked with building up your farm and getting a larger flock of sheep. First the game runs you through a brief tutorial instructing you on how to acquire resources and build buildings (the game operates on a simple point and click interface), and how to kill the wolves that sometimes attack your herd. This all is done in the fairly standard method of acquiring resources by collecting wood, stone, and money and spending it to upgrade buildings and build buildings that give you access to new resources such as hirelings to help you manage the farm. As usual these time limits and resource requirements can be taken care of by spending the games real world currency, which can also be acquired through completing achievements.
In an interesting twist to the game that gives it a religious angle, your sheep can be lost in the woods and you as the shepherd must go out and find them. Your father who dictates the tutorial tells you that you rescuing one sheep who is lost is more valuable then keeping 99 sheep save in the herd, a message that is made more clear when the reward for rescuing the lost sheep is a small amount of real world currency and a scroll with a short passage from the bible on it. To add to this feel a bit later into the game sheep can start to get lost in merchant cities, which have more wolves in them then the forests! 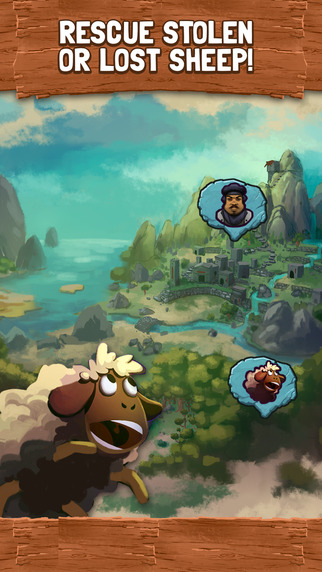 One thing I really like about the game are its graphics. The graphics have a fairly simple aesthetic, which helps create the feel that you are playing a simple shepherd trying to protect his flock from the dangers of the wide world. The graphics also use a pallet of mostly bright colors for depicting the grass, trees, rocks, buildings, images, and backgrounds, showing the inherent goodness of your flock and the surrounding world that supports them. Fittingly, the only part of the game that uses dark colors are the wolves, representing the evils of society. The graphics are also notable in that they give a decent level of detail to the buildings while still adhering to the simplistic aesthetic.

The music also stays simplistic, but manages to stay off of being annoying. Sheep Master cycles through a couple of fairly simple rhythms that much like the simple graphics support the feel of the game, especially when they are interrupted by the bleating of sheep or the songs of birds. 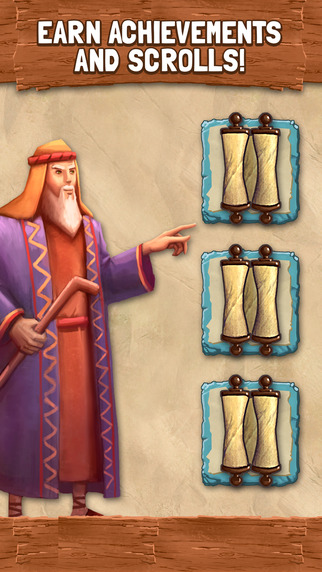 Over all I’d say this ranks among the better farmville style games out there. The wait times for acquiring new buildings are not onerous, and after a little bit of game play the system for building up your sheep farm becomes fairly straightforward and fun. The music and graphics set it apart from many other games in this genre, and the wolves lend a level of challenge and a sense that you have something to work towards as the sheep rescue missions get harder with more wolves present. Overall I’d recommend this game to anyone interested in finding a fun little game for their phone they can play during down time.