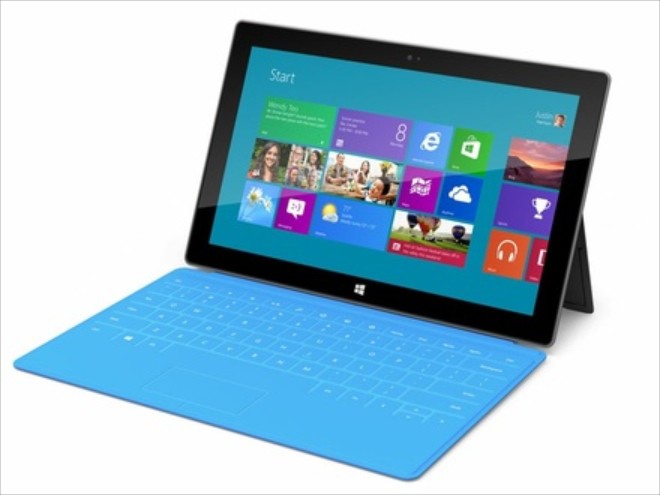 Though Microsoft faced some trouble with its first tablet, it is not stopping them from making another attempt. But this time they are going to hit the market with complete copy of Windows 8. So is this a tablet which you should carry in your bag? Here is an exhaustive review –

At first glance, you may get deceive because of ARM-based Surface and feel how similar both the tablets are. But after giving detail look, the key differences will definitely become apparent to user. Microsoft has utilized the same magnesium alloy material for the casting purpose which makes it extremely smooth. It is easy to hold but at the same time scratch resistant and sturdy.

Some users may get distracted because of its larger size as compared to full sized tablets, but it is highly portable than other ultrabooks and laptops. There is a capacitive start key placed beneath the tablet display which easily brings us to start screen. Seldom getting notice, the button also features back lighting that gives it amazing sparkly look. Exactly above the display, it has camera of 0.9 megapixels and LED light which frequently shines in order to signify that the front facing camera is in active mode. Overall, there is hardly anything to complaint about its aesthetic yet handy design.

Microsoft definitely has high expectations for its ClearType-blessed display but we think the 1366×768 resolution is a bit underwhelming as compared to Nexus 10 and iPad. Viewing angles are outstanding and a user will definitely get impressed by its luxury color combination.

The pen is magnetically attached to the right corner of the tablet. On the virtue of its tight grip it helps to increase the magnet strength. As soon as the nib reaches within the range of few millimeters of display, the capacitive button is shut off and all the functionality is controlled by pen. One can wave it over the surface of the display to rotate the mouse pointer and tap to function as a left mouse click.

With Microsoft Surface Pro tablet, a user gets the 100% compatibility of Microsoft office files such as Business contact manager, Outlook which were unavailable in RT edition. Though, Microsoft office was available free for Windows RT, for Windows 8 it is kind of paid software which a user needs to buy separately.

Remember, office is not a touch app and though Microsoft has tried very hard to make user interface touch friendly, it is extremely different than tablet app. That’s the reason why, we recommend user to use office with the help of mouse and keyboard.

Think Microsoft Surface Pro as a touch screen notebook with the help of keyboard, because it definitely makes much sense in that way. Considering this fact, Surface Pro may eat ultrabook sales rather than damaging iPad market of Apple. Whatever market Microsoft is targeting, Surface Pro surely makes lot of sense for the consumer. In our opinion, it is a great device for people who wish for 100% PC compatible and ultra portable gadget that can deal with every complex form of work.