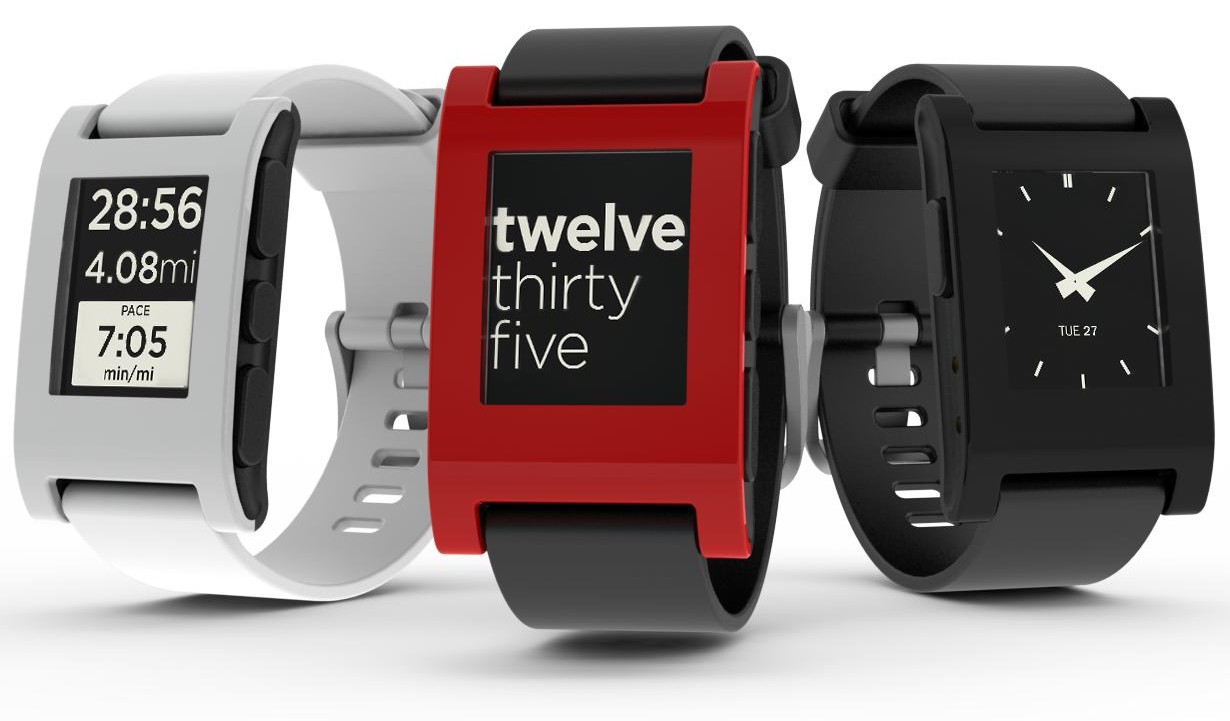 As we think about them, Smart watches were the pipe dream and science fiction fantasy for tech savvy people since many decades. With recent Smartwatch, has Pebble team delivered it? Or it is one of the cool-on-paper ideas which we have been witnessing since many decades? Here is a review on this beautiful device –

Till today, we have seen plethora of Smartwatch offerings from beginners as well as major companies. But what makes Pebble unique is its design and simplicity. Being black in color, Pebble cannot be noticed until a user begins reading his text or email.  With Pebble, company thinks that if one wants to dominate the market of smartwatch then one has to design something which people can wear on their wrist.

Pebble is in rectangle shape with three buttons, which are slightly stiffer than a user expects. This makes feel comfortable for user and the extra stiffness avoids the chances of accidental presses. This device is charged via POGO pins on left hand side. Pebble features a rubber watch strap which can be swapped for 22mm strap.

The plastic material used in this gadget is scratch resistant, with anti-glare coating which makes sure its readability in blur light. It is highly waterproof, making it usable in swimming pool or shower. Though it is certified for salt water, you can’t consider it as a diver’s watch and avoid using it in bath tub. Pebble smartwatch can be worn on every day and you don’t have to worry about getting caught in rain or while washing your hands.

Pebble supports Android and iOS, while BlackBerry and Windows Phone users are completely out of luck. The iPad or iPhone should be operating on iOS 5 or above. However, your Android tablet or phone needs Android 2.3 and above. On iPhone, Pebble app can be used to pair up smartwatch and to select out of seven different watch faces. Pebble promises that in coming time they will have an app store of their own to enhance the user experience.

Pebble has two batteries to think about, one is its own power and other is the battery of user’s phone. However, keeping Bluetooth connection constantly on will taste your handset. As far as Pebble is concerned company claims the runtime of a week and it can be improved once the support of Bluetooth is enabled.

Pebble is highly adventurous project which was delivered from company faster than expected.  Good news is that there is still plenty of upside and scope to grow on this device. It’s a multi functional and nicely features timepiece which is on its way of becoming a unique device. Despite some of the unexpected bugs and diverse implantation on iOS and Android, Pebble is highly impressive device. With current development and commitment of new apps, there is high potential in Pebble to become more than secondary notification device. At $150, the investment is worth and one should go for it, considering its multi functionality and elegant design.