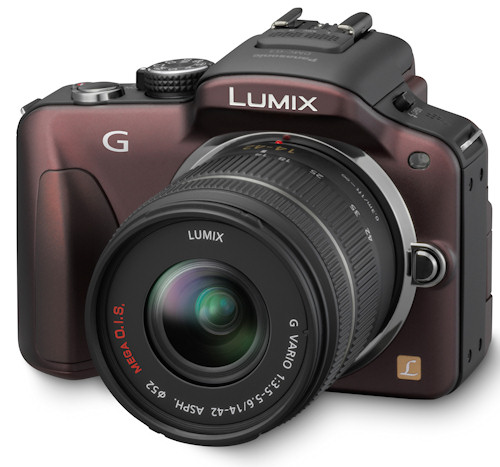 Panasonic has been quite a name in the camera industry with its Lumix series of cameras. This diverse series is quite loaded with almost every type of camera including the all season rough terrains ones and the easy to use beginner’s digital cameras.

This time the giant has come up with a new micro- four third in the market, the Lumix DMC G3.A stylish compact camera, the G3 is one beauty with brains machine. It not only comes in an attractive look with options of colours, but is also quite rich in features as well as builds quality. This DSLR is equipped with the digital interchangeable lens capability and can be used to quite an extent of image magnification and zooming. The image sensor is a live mount MOS which is well matched with a 16 MP image resolution and inbuilt colour filter. For dust reduction, it also has a supersonic wave filter.

Launched in quite a non flashy manner, the camera comes with a feature of variable aspect ratio which can be 4:3, 16:9 and 1:1.It has a 3.0 inch LCD monitor with touch interface and has a powerful flash too. The video has been made fully HD in the camera and a speaker has been added in the camera itself. So, you don’t have to search for a proper device to play your recorded videos as they are quite well played at 30fps.

A HDMI output, USB/AV output are included in the device to relish the pictures and the video in whatever possible way. The memory is quite well expandable to 32 GB with the help of a SDHC card. The pictures can be taken in various modes including monochrome, scenery and user customizable modes.

The lenses available with the G3 are quite an assortment of wide angle and macro lenses which are changeable and hence make the camera quite a compact one. Coming true to the word of evolution, Panasonic has delivered us a camera which any professional would like to use and a beginner would like to start learning with.