Panasonic Lumix DMC LX5 – Give Your Images A Professional Feel 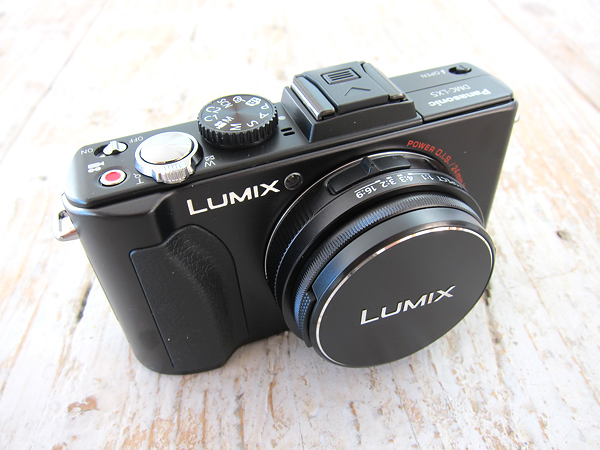 A successor to the Panasonic Lumix LX3, the Lumix LX5 was launched two years ago and has become a favorite among the professional photographers who have welcomed the invention among praises. Built with a 1/1.63 inch CCD sensor and ultra wide 24 mm F2.0 lens, the LX5 has given severe competition to other makers such as Canon and Samsung. Both companies then brought to the market products in hopes of beating the LX5 but all this was rather a failed attempt. After the first few acquaintances with the Lumix LX5 one can easily tell that there is not much difference between LX3 and LX5 however, the performance, features and picture quality have improved without doubt.

The design carries on the tradition initiated with LX3 and bears the same retro look which is further enhanced by the electronic viewfinder (EVF). The improved handgrip gives the photographer a better hold on the camera which definitely plays a major role in the quality of pictures that are taken. The clip on lens caps has remained an annoyance as it was with the previous LX3, critics comment that a self retaining lens cap is used would solve the problem. The video button the successor is designed to have is a new feature. To cater the aspect switching need and in order to make it more convenient, an additional slot for on the lens barrel is also present in the LX5.

A major upgrade of features is tend to be noticed with the LX5’s clickable jog dial. The LX3 had a four way joystick which makes the jog dial a noticeable change. This new feature has changed the way of operating the snapper and has made it rather easier to use. What sets the LX5 different is its focus selection option. The feature gives the photographer the ability to command the size of the autofocus (AF) area. Another similar feature which was much liked was the step zoom. When activated the feature lets the user choose the focal length as per his needs. An extension to the feature is the zoom resume function which auto saves the last used focal length when the camera is turned on again.

3 inches LCD size, 1280×720 pixels video resolution, 3.8x optical zoom (24-90mm) lens specifications are some other features of the Panasonic Lumix LX5. Better lenses and a new image processor are what make the LX5 a successor to the LX3.

Panasonic has no doubt worked on the startup time and focus and therefore have made sure that they deliver an improved performance with the LX5. The boot up time was improved from 2.2 seconds for the LX3 to 1.5 seconds for its successor. It has been observed that the time to first shot and the autofocus speed has also been worked upon to be made better.

Delivering sharper and rich images, the Lumix LX5 is a successful upgrade to the LX3. Many have liked the image quality and consider it a camera good to have for those who like capturing memories in clarity. A compact camera with a higher price of $799 and serves best the purpose of photography with professional operation.