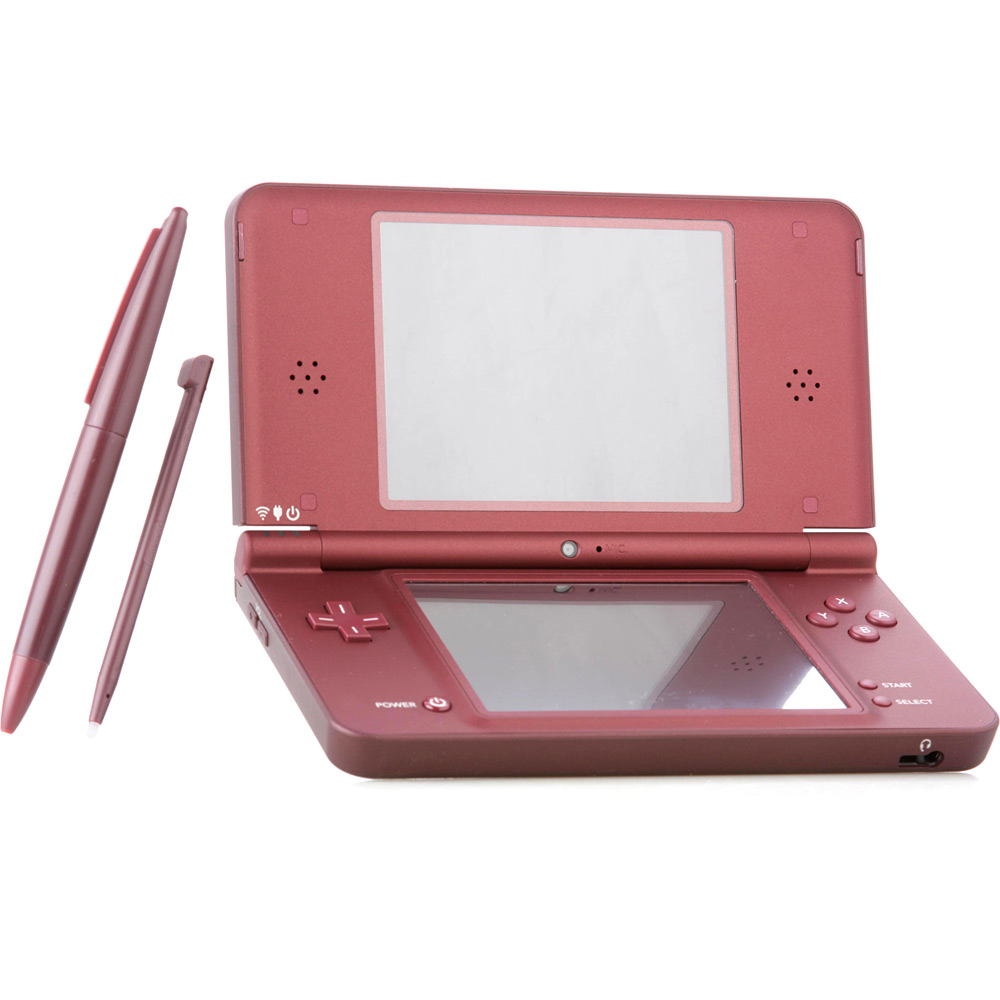 When you think of Nintendo and their handheld game consoles you immediately think of high quality products. Historically they have produced an excellent handheld consoles and the Nintendo DSi XL follows in this pattern.

It has two screens that are larger than the previous consoles offered the bottom of which is touch screen on which you can use the provided stylus. As well as the stylus control it uses the traditional Nintendo button styling and the controlling cross. One of the highlights of the Nintendo DSi XL is that it comes with 2 cameras (one on the front and one on the back). The key selling point of this console is the fact that it offers larger screens which gives you an improved gaming experience.

On top of gaming the Nintendo DSi XL has a built in web browser allowing you to surf online and also allows the use of SD cards to store pictures and music making the DSi XL an all round excellent console.