Microsoft Surface: Will the upcoming tablet be as successful? 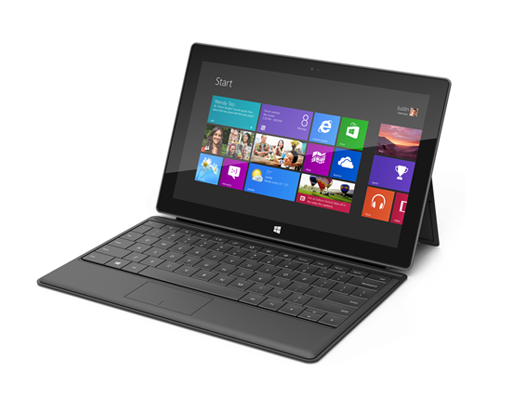 The Microsoft Surface tablet was recently announced and some people are against the upcoming tab while others think that this might be up to the mark. The announcement came last month and people have already started to call it the iPad Killer. Others think that there is no such thing as the “iPad Killer” but that this upcoming tablet might be able to compete with Apple’s tablet and get some percentage of the tablet market. The most successful customer-based product from Windows was the Xbox 360 and there is no reason why the Surface tab will be a flop. It has all the things which make it an easy to use and powerful tablet. Android and iPad tablets are the most selling tablets at the moment; however, Windows is likely to get hold of the 3rd and final slot in the tablet market after the release of the Surface tab.

One of the main reasons why the Surface tab can be a major success is that it doesn’t only target the iPad, but it will also compete against laptops and computers. The Windows OS is incredible and people find it extremely easy to use. Even though it might not have some “cool” features, the Windows OS is the most complete and stable OS in the world. The surface tab will have a giant 10.6 inch screen along with a USB slot. Microsoft Office and other useful Windows apps will be available with the Surface tab. Also, the new keyboard is a massive step which the company took in order to take it to a whole new level. A lot of corporate people don’t find it easy and fast to type on touchscreen devices and a sleek and stylish tablet with an external portable keyboard is the best alternative for tablets and for computers as well. If people will be able to do everything on the tablet that they can do on their laptops, then why won’t they go for the Surface tablet?

Corporate people are likely to go for the Windows Surface tab as it is the perfect option.  However, Microsoft will need to target students as well if it wants to capture a larger market share for tablets. With the keyboard and the looks, this tablet is definitely targeted towards businessmen but if the tablet connects with the Xbox 360, then a lot of students will also be attracted to the tablet.

Lastly, pricing will be the major factor which will determine the success of the Surface tablet. A new overpriced tablet from Microsoft will never be successful, however, the company claims that the pricing will be competitive. If Microsoft wants to make it into the tablet market, then they need to lower the prices. The Windows RT version is likely to be cheaper but the Windows 8 PRO tab should also be affordable. If Microsoft gets the pricing right, then there is a good chance that the Surface tablet will be successful. However, it all depends upon the customers. The Nokia Lumia got some positive reviews and is an excellent phone but it was never a major threat to neither Apple nor the Android OS.