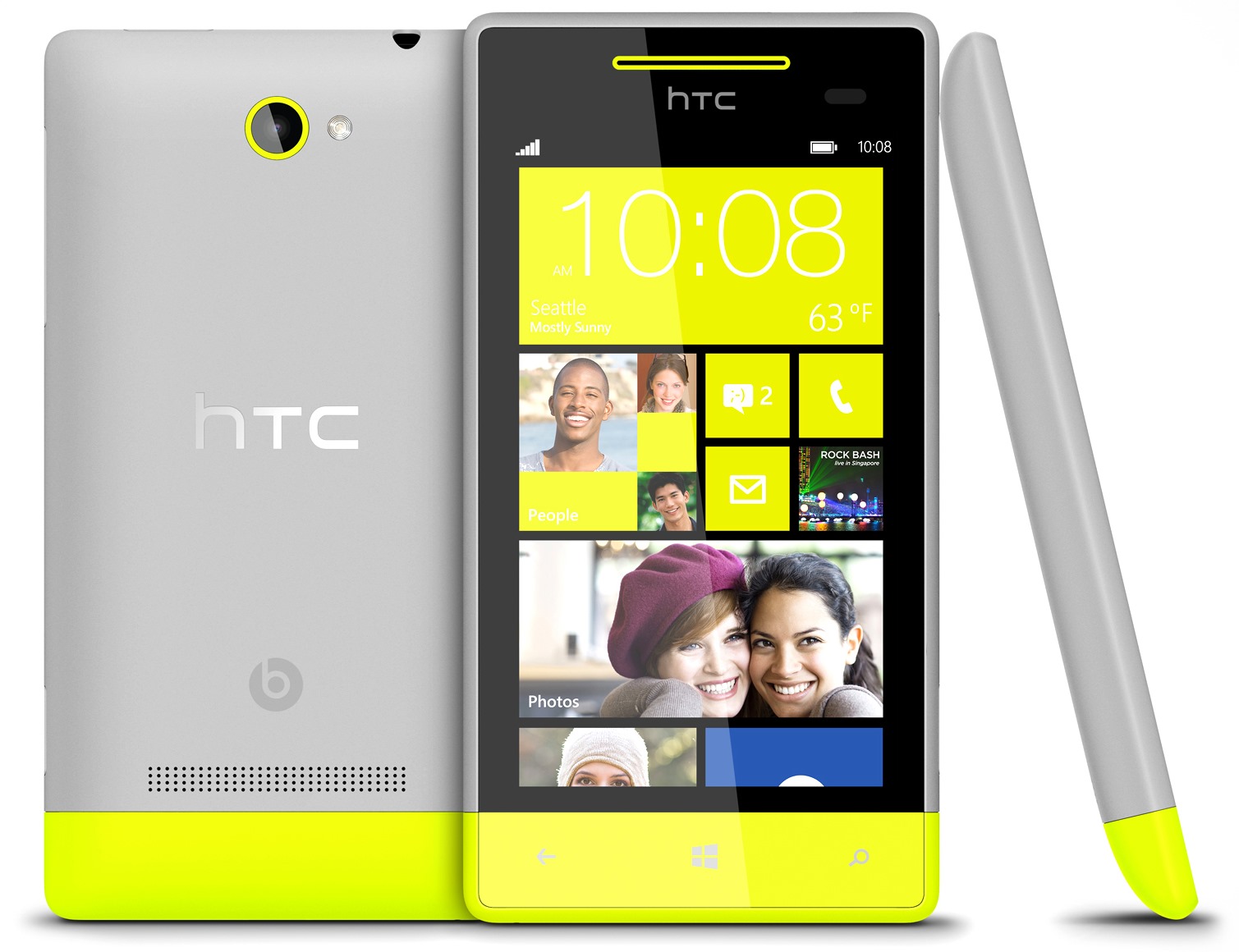 HTC have been very closely related with Windows since the existence of first Windows Mobile device, so one should not surprise to see HTC to be amongst the first to launch Windows Phone 8 device. Here is a detail review –

HTC Windows Phone 8S is well equipped with four inch LCD screen. However, it is not SLCD2 panel as appeared in 8X. Its screen has nice viewing angles with awesome sunlight visibility. Sometimes you may experience issues with its touch sensitivity, as on few occasions screen doesn’t register a tap. This might be a software issue which company will try to fix through OTA update.  HTC’s this venture follows the similar design of its predecessor 8X with unique feel that separates it from other Android devices. The preference to WVGA resolution means Windows Phone 7 apps can function on full screen of HTC 8S. This is better as compared to 8X which runs on 720P.

HTC’s 8S is powered by 1Ghz Snapdragon S4 processor rather than 1.5 Ghz unit used in other competing devices. The overall performance remains smooth and slick but sometimes there is bit of lag and stuck screen which users have to deal with. As far as software is concerned, users get connection setup tool, an access to flashlight and HTC app which offers access to stocks, weather and news feeds. Our most favorite addition is ‘Live Tile’ that integrates time and weather. 8S also comes with Windows Phone ‘Portico’ update which allows you to keep Wi-Fi switched on even if screen times out. Few other features such as capability to reject call with messages and SMS drafts have also been featured.

HTC has done an outstanding job in packaging features in highly aesthetic way in 8S. The lightweight frame also makes it extremely appealing and 4 inch display is very handy, making it highly comfortable for use. The device is equipped with 1700 mAh battery which is on lower side as the phone manages to service only for a day. The 2 tone color scheme is very unique and nice twist offered with this device and it is something we may see in upcoming HTC device. With 8S, HTS has proved that it has ability to deliver some outstanding Windows Phone 8 device. Unfortunately, 8S is not currently available for US market as per company sources. However, in UK it is easily available in contract for or via pay option and you can get this gadget for just $290.

HTC Windows Phone 8S is powerful and nicely designed smartphone for those who have limited budget. The real beauty is in its ability to deliver highly smooth experience with multi functionality. Though it can’t give much satisfaction to app addicts, it is probably the perfect device for smarphone users and those who prefer simplicity. The key concern is lack of application in terms of quantity and quality as well.  HTC haven’t added any lens in firmware and we should say that Nokia has done better job in its smarphone devices compared to HTC.