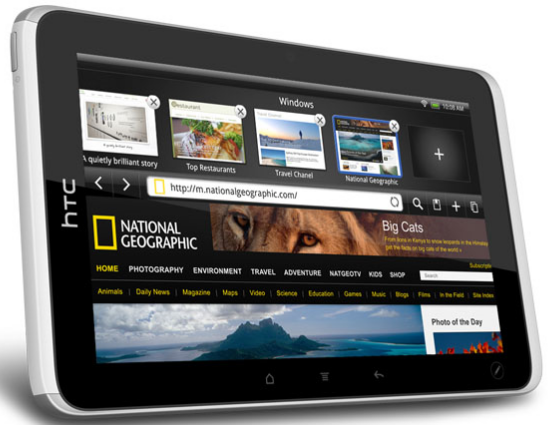 The device works on N-Trig’s Duo Sense capacitive touch technology and offers a similar experience to an interactive display or graphics tablet but only with much more less price tag attached to this gadget.

The inclusion of a stylus — is still the main differentiator on the 7-inch tablet, in addition to the fact that it eschews Android’s tablet-optimized OS, for Gingerbread with HTC’s Sense UI.

In addition to the lack of Honeycomb (which is said to be coming soon), the Flyer is powered by a single-core 1.5GHz processor (Qualcomm MSM8255). And the 3G radio on the device can only be used for data — no phone calls.

The Flyer also includes two cameras. The main camera rates 5 megapixels with autofocus, but no flash. There is also a user-facing camera rated at 1.3 megapixels for video chats. The Flyer will be able to use Google’s custom-made video chatting software over 3G and/or Wi-Fi. It will ship with 32 GB of storage in addition to a micro SD slot for extra storage needs.

The real stand out feature of this tablet is the n-trig duo sense pen and touch digitizer. In all if The Flyer supported Honeycomb, it would undoubtedly be the king of the tablet market. 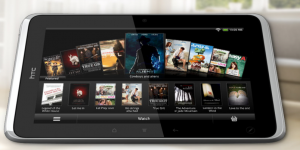