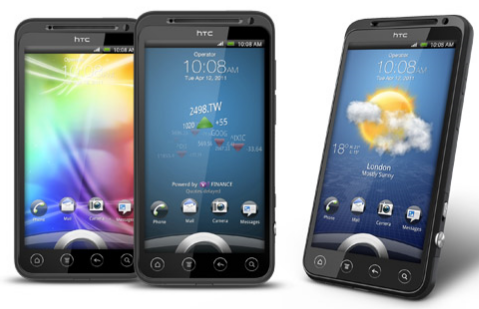 Really, at this stage, it simply doesn’t get any better than this. The EVO 3D is the successor of one of HTCs most popular smart phones the EVO 4G. The EVO 3D doesn’t require you to wear anything special to get fully immersed in its 4.3″ 3D QHD screen. The new EVO 3D is glasses- free 3D, and built with a superfast 1.2Ghz Qualcomm® Snapdragon® dual-core processor running on 4G. So its view in 3D and share at 4G Speed.

The EVO 3D has two 5-megapixel cameras for capturing the 3D video, with a flash in between.

The touch screen is wonderfully bright and responsive and the handset has a sturdy feel. In addition to Gingerbread, the EVO3D runs HTC’s Sense UI, Leap (see all seven home screens by pinching your fingers), and Friend Stream (social media updates).

A toggle on the right side switches between 2D (1080p) and 3D (720p) ecording. Next to it are a shutter control and a volume rocker. Up top are a 3.5mm headset jack and power control, while around the corner is the Micro-USB charging and syncing port.

Other features include 4GB of internal memory, a 1730mAh battery, Bluetooth, Wi-Fi, GPS, the usual assortment of Google apps, e-mail and messaging, and a music player. 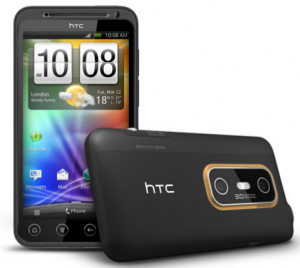