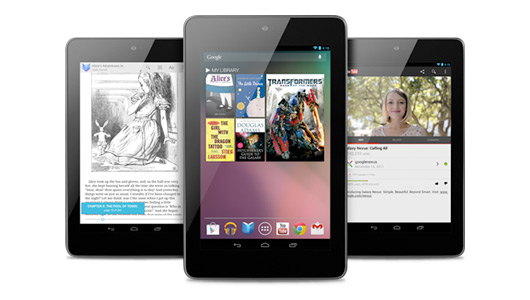 Are you familiar with Google Nexus 7 3G version? It is the latest version of tablet computer that Google is preparing to launch in the market. According to the report of MoDaCo, Asus is ramping production for launching of this tablet within 6 weeks worldwide. Google first announced this android based tablet in June at Google I/O event. After this announcement tablet is receiving various encouraging response.

On competing with iPad Mini and Amazon’s Kindle Fire the Nexus got the positive reviews from various tech fraternity. It is far better than previous Wi-Fi model in many senses as in this various new useful features are adopted. In the previous only Wi-Fi models users are unable to access internet and also fails to run internet based services on the slate when they are away from the hotspot but this problem is solved in this latest 3G version. It has several attractive features which are not only brilliant in sense but also unique from others. The features are stated below:-

Thus in this 3G version of Google Nexus for the presence of 3G radio consumers would not have to rely on Wi-Fi in order to browse internet, visit social networking site like Facebook, Twitter etc. and to access emails. You can continue downloading files, videos etc. even when you are away from the hotspot but you must have 3G connection. Google Nexus is slightly different to other android tablets. It is rumored that Apple is going to launch its latest iPad Mini and if it becomes true then Google Nexus will face a tight toe-to-toe fight. There is no reason for the hike of price with the inclusion of 3G. 8GB version of Nexus 7 3G comes in $199 while 16GB version is priced at $249.

The price is also affordable and it is relatively cheap as compared to other latest tablets. Are you anxious now for buying Google Nexus 7 3G version? It is surely the best tablets ever launched. You will get this tablet within the end of this year  Just hold your breath and wait for few more days.