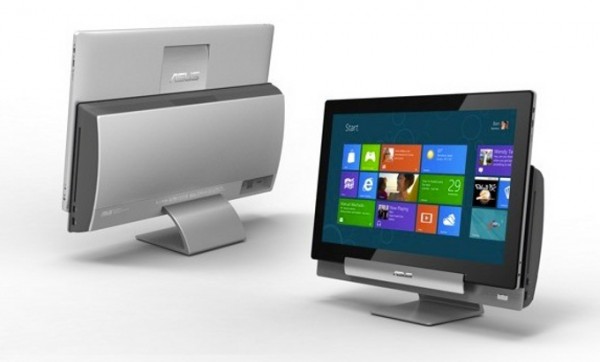 After tablet’s evolution and success in the technology-mad market, it was time to turn towards something new. The technology of coupling two devices in one started when tablets were coupled with laptops. This is simply wonderful because you have two devices – the power of a laptop and the touch feature and mobility of a tablet in one machine. So what’s next?

Well, Asus has brought in a very new concept – a device that can be a decent tablet and fit into your desktop as well; this device can run on Android 4.1 operating system as well as Windows 8. Yes, the name says it all. It is a transformer.

Asus makes a unique approach and merges wireless mobility with computer power. Asus’ new device has dual CPU and dual operating systems which makes it one of most innovative and unique design concepts in the computer world. Even though this device was first announced at the Computex last year, Asus has remained mouth-zipped on its developments.

While it is used as a desktop, the Transformer sports a Core i7 or Core i5 geared Windows 8 complemented by 18.4-inch touch screen. When you dismantle the display, you will find yourself holding a beautiful little tablet running on the Android Jelly Bean operating system. The tablet has a Tegra 3 chip in it to power it up.

The 18.4 inch screen makes it too big for a tablet but somewhat small for a desktop computer, but considering the dual role that the device plays, that could be excused. There is a slight compromise on the portability of the tablet and the largeness of a computer screen.

The interaction between the two modes

The feeling is great when you think that this device can be fitted into the monitor stand to work like a desktop monitor and then removed when you want to take it around. However Asus does not reveal much on the interaction between two forms of the device.

Asus reports that its display features 1,920×1,080-pixels and will be retailing for $1,299  along with a Core i3 Chip that also comes in Core i7 and Core i4 variants. Not much is known about the availability or the battery life of the device.

A safe assumption is that Asus’ new and innovative system is just the latest entry along with industry packed trends with manufacturers experimenting and merging with the basic design of familiar designed old coupling devices.

The new announcement from Asus would make way to a number of other technological and innovative developments in the future. We could see more devices coupled with each other – dual device capability in one device. As far as this one is concerned – we need to wait and watch how it works out. If you are one who is in need of a tablet and a desktop, wait for this device. Hope you don’t regret.

Randy Collins likes writing articles related to Technology News, Gadget Reviews and How To. He also does guest posting for buycharter.com – a site that offers savings and current information on charter internet .