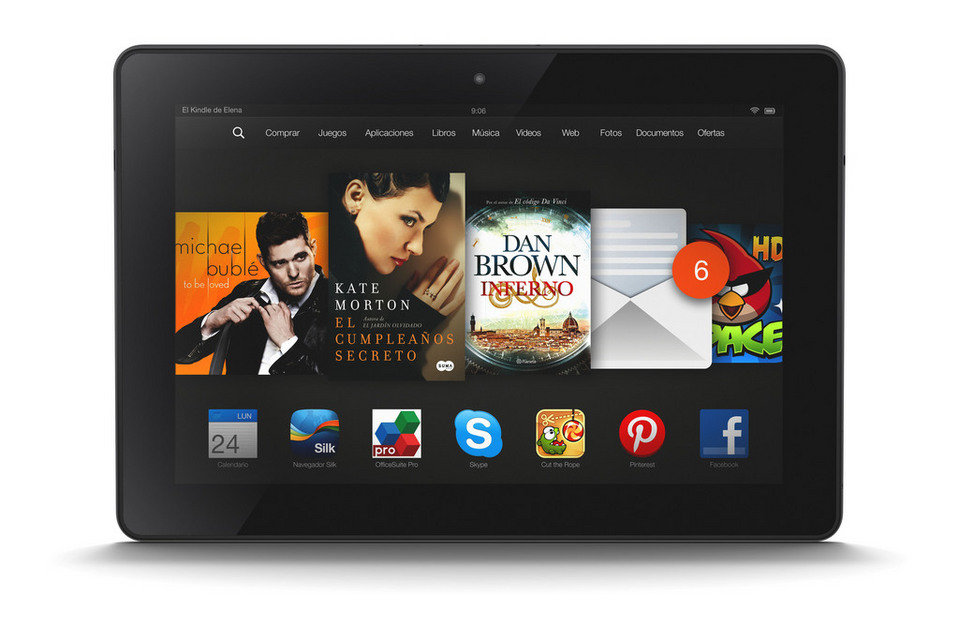 As every company tries to release its one or other device in year 2014, one of the leading e-commerce company Amazon has also back itself with the latest tablet, Amazon kindle Fire HDX. So the important question arises whether this device will provide its user the comprehensive experience which other tablets are well capable to deliver. Let’s find out whether it will meet the expectations of consumers in terms of design, display, interface and functionality.

Amazon kindle Fire HDX boasts about its compact dimensions in two different formats (8.9″ and 7″ inch), which makes it easy to fit into the hands of users. The edges of this device are bit sloped instead of straight, as a result of that the audio jack and micro–USB port has to be plugged in at the proper angle. Though users might feel bit uncomfortable while holding into the one hand, the overall design is quite impressive. The company is quite successfully in giving high finishing to the corners of the tablet, which eventually enhances its look.

Amazon Kindle Fire HDX is packed with LCD display of 1920 x 1200 which makes it one of the stylish gadgets in the tablet segment. Its resolution is quite similar to the Nexus 7, which means it is well capable of producing extremely sharp visuals of 323 pixel density. The modern LCD panel is also capable of delivering colors which are more stylish than before. Above all, the Amazon has implemented the latest Dynamic image Contrast system which makes it adaptable to both indoor as well as outdoor usage.

Amazon Kindle Fire HDX has been made taking into consideration simplicity and it is the tablet which gives high focus on offering more functions to users in uncomplicated format. With 7 inch screen, the device offers best typing experience in portrait keyboard form as user’s thumbs can easily cover the whole layout with less stretching.  Though, the landscape options is bit cramped, the punctuations and other functions can be easily accessible from the basic layout.  If interface of this device is compared with the Android jelly Bean, a user can observe that many basic operations are nicely intact in it. However, the closed ecosystem of tablet restrict user into the world of Amazon, despite the fact that it is built on the Android OS.

Though Kindle Fire HDX 8.9″ features a rear facing camera the other model (7″ inch) comes only comes with the front facing camera of 1.2 megapixel.  The front facing camera is capable of delivering video chat functionality but still there is huge scope for improvement in its performance. Any user can see bit of latency and ghosting in low as well as good light conditions.

Amazon kindle Fire HDX is all set to challenge the recent offering from Google. It is a high quality tablet which is capable of delivering superior performance along with best interface in current tablet market. Taking into consideration the high resolution display and advanced hardware improvements, this device definitely possesses some significant potential to create strong competition to other companies in similar market.