All the Rumors about the iPhone 6/5S 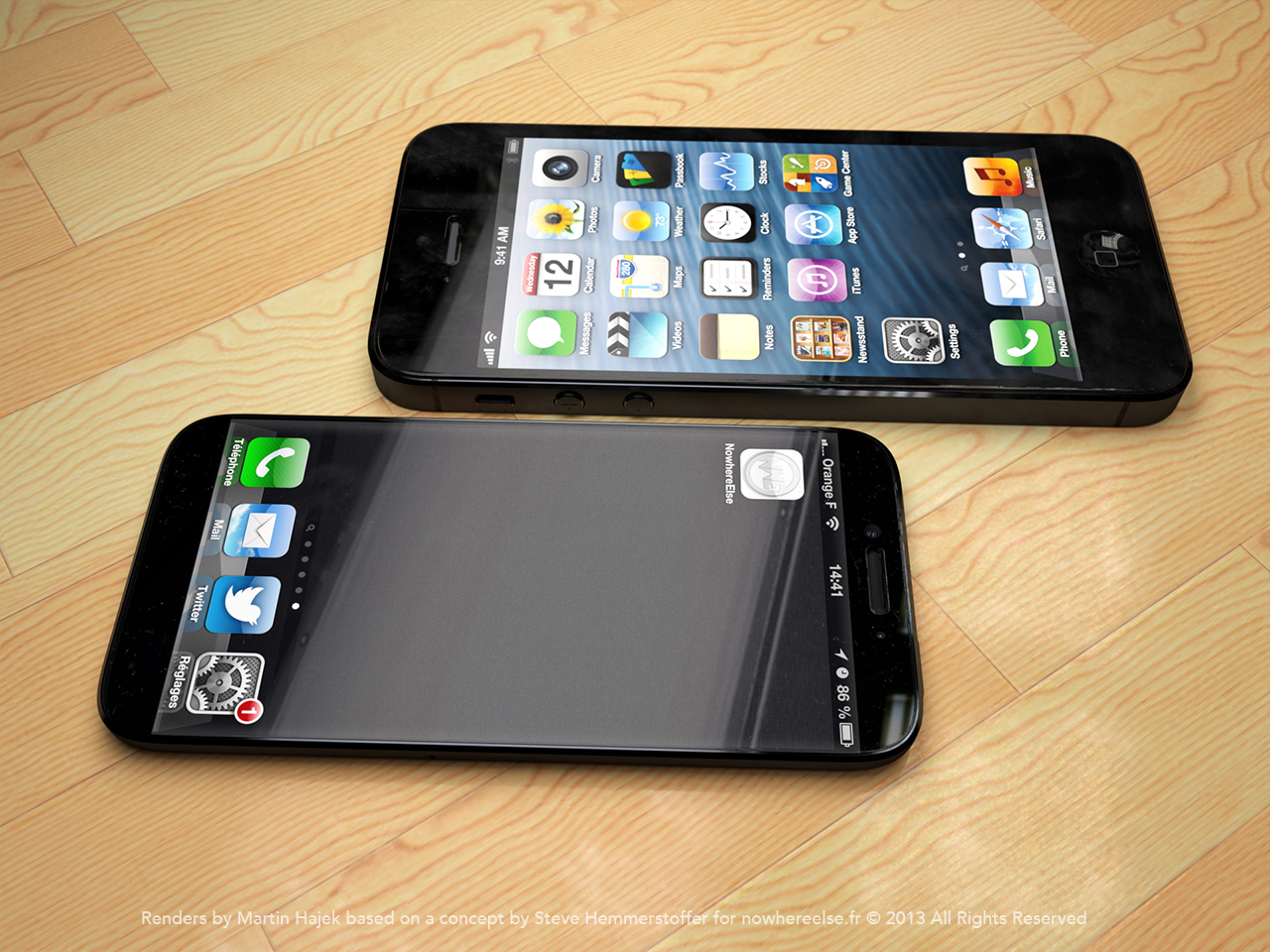 The iPhone 5 is barely out of the review thicket and people are just getting the hang of the new offering from Apple. However, given the company’s past phone launch patterns, speculations about a mid-cycle upgrade are running around fast and thick. So what do rumors say about the next iPhone from Apple? Here’s a roundup of the most heard and most authentic ones out there.

Unfortunately for people looking out for clues about the appearance of the next iPhone, there have been a bunch of rumors that claim that the new smartphone from Apple would be much bigger than the current one. A lot of information about the alleged new phone has been pouring in though experts claim that these could well be descriptions of the new iPad Mini rather than the iPhone 6/5S. However, other rumors suggest that the new generation of the smartphone would certainly be offered in both black and white, with a two-toned back and a unibody design.

The iPhone 6/5S is rumored to have a 4 inch screen and this rumor is backed by the fact that the iOS 6 provides resolutions of 16:9 or 640×1136 which could only fit a screen of this size. It would of course be absurd to suggest that Apple would develop the iOS to fit only screens of this size if it had no plans of making a phone with a display to match it. The display is also likely to use the IGZO display technology from Sharp.

What changes to peripherals can we expect?

So far, the strongest rumor about the next iPhone’s peripherals is that it would get a smaller dock connector. The new dock connector would be derived from the as thin as it gets iPod Touch and would be called a Lightning connector. Of course a convertor might be included to help Apple product users deal with all those extra peripherals though a microUSB is most likely not to be included.

Will the new iPhone include 4G LTE?

If the new iPhone does not have 4G LTE, it would surely lose the battle for smartphone supremacy to Samsung’s Galaxy S-range once and for all. The latter already has iPhone on the mat in terms of hardware and not including 4G LTE in the new phone would only set Apple’s development strategy back.

Battery life could be a lot better

Apparently, the IGZO screen consumes a lot less power than the current display which means that the battery in the new iPhone could enjoy a longer life.

NFC tech may not be included

NFC may seem like a natural fit for the passbook in iOS 6 but since the technology isn’t al that hot right now, we don’t expect to see it in the new iPhone.

What happens to Siri?

Rumors suggest that Apple is giving up Siri’s Audience tech in favor of something better. What that exactly is, we don’t really know at this point but we expect someone to spill the beans so. What we can confirm is that Siri in the new iPhone would only be more awesome than it is in the current model.

The strongest and most probable release or announcement date for the new iPhone is September 12 later this year. However, since the date is already reserved for the launch of the iPad Mini, we highly doubt that Apple would want to steal the thunder away from a product that it has worked so hard to create a niche for.

What would the new iPhone be called?

The name of the next generation of the iPhone is really something that has industry experts and rumormongers baffled. Images of the rumored phone have been showing up left right and center with a big old “5” plastered to it which simply doesn’t make sense as there already is an iPhone 5 out there. However, since we are actually officially in the middle of the model churning out cycle, the new phone could be called the iPhone 5S if it is set for a late 2013 launch. However, if the launch is scheduled for sometime next year, the product may well be tagged the iPhone 6.

What would the new iPhone cost?

In terms of cost, the new phone is expected to cost basically the same as the current model with prices progressing by $100 for higher storage models.

About The Author: Brianne is a writer/blogger. She loves writing, traveling and reading books. She contributes on Reputation Changer