10 Important Reasons to Buy a Nintendo 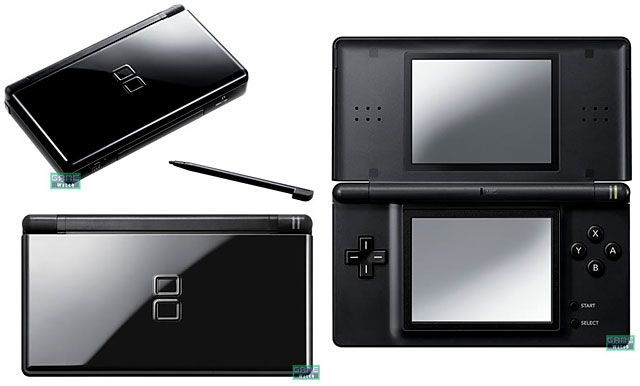 Are you a game freak? Do you love playing on game consoles? Check out the latest game console from the house of Nintendo.

Hope, you are buying a new Nintendo this year. Yes, Nintendo launched their first new game console in the last six years with the Wii U on November 18. The time was perfect , just before Black Friday and the Christmas shopping season has just began with full force.

Well, in 2012, the new console is guaranteed to be having a short supply this year according to analyst Michael Pachter of Wedbush Securities. They are  expecting about 1.5 million hardware units for the U.S.

Do you know at the end of the day, it’s not the prices $300 or $350, that will dictate Nintendo’s success. Then what will it be? It’s the games, which will rule.

Now at present, 29 games are available in Nintendo, which is officially hitting the Nintendo World store, in New York’s Rockefeller Center and will be introduced by Nintendo President and COO Reggie Fils-Aimes.

Top 10 Reasons to Buy a Nintendo

Nintendo Land – What you get with this Deluxe Wii U console? This pack-in game offers 12 year experience, which is able to keep the mainstream gamers happy as Wii Sports did for the Wii users. Nintendo has offered their major franchises like Mario, Metroid, Donkey Kong, Pikmin, Yoshi and Legend of Zelda.

ZombiU – Ubisoft is one of the gems in game publishing zone, has a brand new franchise at their launch party, designed mainly for Nintendo’s new console. ZombiU is known to offer intense and original horror experience that shows the function of multi-screen gaming.

Rayman Legends – Ubisoft is known to offer two exclusive games for Wii U, including the awesome sequel to the critically praised Rayman Origins. You will be enjoying a multiplayer option using the GamePad and a visually stunning, high definition gaming world.

Skylanders Giants – If someone asks the name of most popular toy franchise in last two years, the name of Activision will be heard in the beginning. Activision serves gaming with a new interactive toy characters and brand new settings to explore them with action and fun. GamePad adds new multiplayer options to make the franchise, a bang one-on-one hit.

New Super Mario Bros. U – The super cool video game Mario is back, with a new title, with multiplayer options that make use of the GamePad. Nintendo is delivering a quality Mario experience across any gaming device. Mario title is important and this game will keep players happy for a very long time, thanks to great multiplayer replay, which works on various gaming modes.

NBA 2K13 – Developer Visual Concepts has cool new functions for the GamePad, in this gaming port of its bestselling basketball franchise. For the game addicted who do not own this great new basketball sim, this is a must have for them. And you are free to pick up this Wii U version if you have the new Nintendo console.

Call of Duty: Black Ops 2 – Activision is brings a full Call of Duty experience, on the all new Nintendo console for the first time with this impromptu sequel. With some new GamePad functions, this game stands apart with its gorgeous HD shooter – the only FPS for Nintendo’s launch.

Disney Epic Mickey 2: The Power of Two – Warren Spector is known to have launched this excellent franchise on Wii three years back. With this multi-platform sequel, Nintendo fans are going to see Wasteland in HD. With multiplayer versions, there are two screens in this mode, that you get and a playable Oswald the Lucky Rabbit, is surely going to motivate you.

EA Sports FIFA Soccer 13 – Electronic Arts will help you to watch some great sports actions live on their console, like Madden NFL 13 and FIFA Soccer 13. American football is the greatest pick and offers solid GamePad additions and some stunning visuals – which you can’t find in any other console.

Make your Christmas special with the all new gaming console or you can gift your kids and turn out into the coolest Santa ever, for them.